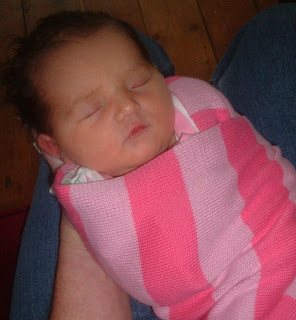 Congratulations to Bethan & Graham on the birth of their second daughter, to be called Matilda Lottie.

We hope to Tallulah, Bethan, Graham and Matilda very soon. 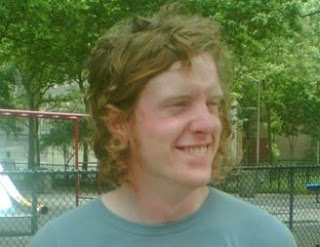 Pleased to say that the Moot weekend away was great – catching up with people, great food and some good discussion and planning concerning Moot’s future – more on that to follow in the fullness of time.

However – it is also a sad parting – as Aaron leaves us to prepare for moving to New York via a stint in Northern Ireland. He is coming back for one weekend before he goes in January.

So yet another core person to Moot spreads their wings. Aaron has been a really important member of Moot for sometime, and personally – has been a great friend and tower of support. It has been hard saying goodbye to so many people, and Aaron was a particularly special person……

I hope he comes back, there is a good chance he could in a year or so, but this photo – of which I am showing a bit for blackmail purposes, will be totally revealed to the world if he does not return. Nothing more needs to be said!! I am saying no more or he will kill me! Aaron is seeking sponsorship to spend a year in the States – and will get involved with our sister group ‘transmission’.

So so long Aaron, we miss you already – and look after yourself!!

Sorry to say that there is bad news. Lambeth Council has decided to appeal against the decision of the independent tribunal about Samuel’s right to attend his local school. In so doing, the Council is refusing to abide by the decision. Many of us feel that this is an outrage, and again let down Samuel and his family, and in particular puts pressure on his parents.

Whilst they work out what this all means, and how we should respond, a number of us are thinking that this is just unacceptable – that a body that is supposed to represent the people is effectively excluding a child on account of his physical disability.

The Moot Community is fully behind Samuel, and we will be seeking to support them once what is happening is established. To begin with, if you live in Lambeth, can you make sure I know so that if we need to commence a letter writing campaign, then we can draw on people in the same area.

POSTED 21.11.07 BY: paulabbott | Comments Off on Lambeth Council Refuses to accept the review tribunal decision 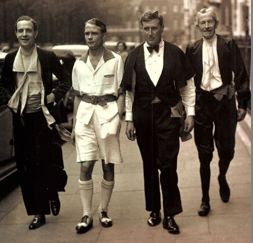 On the 1st December – I am inviting all my mates to come round to my flat for drinks and light refreshments from the buffet car, so if you are free between 10am and 4pm please do come round.

Additionally – to help out my good friend Santiago, I am putting on a men’s clothes sale of brand new, nearly new and ‘seconds’ designer shirts, jackets, shoes, ties, trousers, scarves, sunglasses and much more from Ralph Loren, Banana republic and other labels. Money raised goes to support Santiago’s medical treatment fund. Additionally if wanted, people can also use the swimming pool,
Jacuzzi and sauna in that period as part of the facilities.

So if you are free and coming, please do let me know – it would be wonderful to see you, and I promise I have got some good stuff to sell on in these financially difficult times!!

On the 1st December – I am inviting all my mates to come round to my flat for drinks and light refreshments from the buffet car, so if you are free between 10am and 4pm please do come round.

Additionally – to help out my good friend Santiago, I am putting on a men’s clothes sale of brand new, nearly new and ‘seconds’ designer shirts, jackets, shoes, ties, trousers, scarves, sunglasses and much more from Ralph Loren, Banana republic and other labels. Money raised goes to support Santiago’s medical treatment fund. Additionally if wanted, people can also use the swimming pool,
Jacuzzi and sauna in that period as part of the facilities.

So if you are free and coming, please do let me know – it would be wonderful to see you, and I promise I have got some good stuff to sell on in these financially difficult times!! 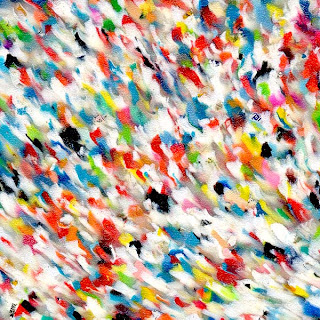 Congratulations to you all!!

I once taught poetry to a delightful girl, who was also working as a lap dancer. One day, I decided to read her my poem ‘You Treat Sex like a Scratch Card’, which was written for another friend of mine. However, on hearing the middle section she squealed with laughter, rolled on the floor and cried out ‘How did you know about the organic milk?’. Just another little example of the prophetic power of poetry, I assured her; bemused.
She doesn’t work as a lap dancer any more and I suppose I’d like to think that discovering how talented she was in the poetry department helped in that process. At any rate, I was performing the poem again on Sunday, within sight of St Pauls Cathedral, as part of a campaign against the trafficking of women into this country for sex. www.thetruthisntsexy.com and www.chaste.org.uk are challenging the demand for these ‘services’ and asking the governement to provide more safe houses for women who escape from the trade.
In the meantime, back to the organic milk and the odd coincidence that the poem was being performed by the ‘white plaza’ of St Pauls Cathedral, in brilliant sunshine, just like the vision in the poem.

You treat sex like a scratch card.
Do you think you’ll get lucky one day
And if enough cherries appear in a row
You’ll know that this time you’re OK?

You don’t pay much for your scratch cards.
You think that that’s all that they cost
But I’ve seen you walk the white plaza in sunshine
And that is a vision you’ve lost.

You treat sex like scratch cards.
They don’t even give you a thrill.
The more you lose, the more you buy
I don’t want to think of the bill.

And now you buy organic milk
And then have sex with strangers.
Do you think in the world of milk
You overestimate the dangers?

Yes, the hormone/farming issue;
I’m wholly convinced it’s real
But in the economy of grace
Is there nothing you can feel?

So now you’ve been out again and f****’d
And you feel you’re falling freely
Into self-destruct.
And you don’t think of suicide
Because you’re not that type
And Russian Roulette of the sexual kind
Is just a load of hype.

So here’s to the world of plastic balls
Of lottery prizes and draws.
But I place my bet on the day that we met
And the vision was mine and yours.

You can sign up on http://www.chaste.org.uk/takeaction/ for info on how to try and get the government to take action, as they have in Sweden, and make the purchasing of pay as you go sex illegal.

POSTED 22.05.07 BY: paulabbott | Comments Off on You Treat Sex Like a Scratch Card

What I found in the Garden Tomb

One April I travelled to Israel with the Sisters of Zion on a trip to visit a whole host of peace initiatives, that involved both Arabs and Jews or people from 3 different religions. The first Arab/Jewish nursery in a private home shared by 2 families, one Palestinian, the other Israeli. A crossroads at which a mosque, a synagogue and a church stood within feet of each other, and they all worked together peacefully on a single project.

We also visited groups that were strictly living on their own terms and on their own turf. The ultra orthodox neighbourhood of Mayer Sharim, where “daughters of Jerusalem” do not “disgrace” themselves by wearing trousers. We saw the remains of the first strictly socialist Kibbutz which banned marriage and whose motto over the door read somewhat chillingly “Freedom through Work” – the same motto that was placed over the entrance to the Nazi concentration camp at Dachau (see picture on the right). We visited the graves of the members of that first Kibbutz, who had died of starvation or suicide. It wasn’t exactly your average holiday.

Later, we sat on low stools around a brass tray table in a ‘Casbar’, drinking very strong coffee, to hear from the man who holds the keys to the Church of the Holy Sepulchre, where many Christian denominations from Coptic to Orthodox both pray and argue incessantly over who owns what and who can go where and when. It was an extraordinary microcosm of history, human stupidity, diplomacy and devotion.

By the end of the 10 day trip, I was exhausted and planning the osteopathy appointment I’d need on my return to recover from the stress of having to make sense of it all. Our very last appointment was the Garden Tomb. The sun at least was shining. I felt rather depressed though, about the whole maelstrom and wasn’t remotely in the mood for having Holy Thoughts at a site that was highly unlikely to have really been the place of Jesus’ tomb. I stood outside and looked at it, wondering if I would bother to go in.

Some people came out and it was left empty. I decided I may as well take a look and say some kind of a prayer or something. I never expected the power and simplicity of what I found.

The tomb was empty of all but light

And the sunshine blessed the opening in the roof of the tomb
Like a messenger from a brighter world.

They were suddenly present.

They has blossomed instantaneously into being
Unquestionably

As simple as sunflowers

Love is stronger than death

Love Is Stronger Than Death

POSTED 12.04.07 BY: paulabbott | Comments Off on What I found in the Garden Tomb