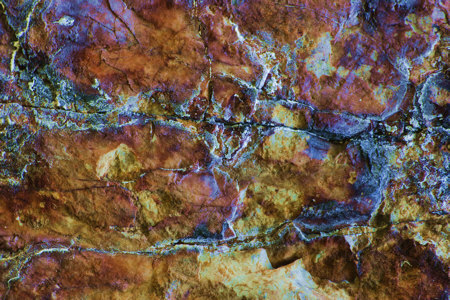 I came across a new blog for the first time yesterday: It’s called Art and Perception, and it’s really very good.

It seems to me that there is a real dearth of good art-related blogs at the moment, but this post from yesterday really got me thinking, as it talks about both art and religion. I’m not sure I would agree with everything entirely, but it does provoke some thought. It goes like this:

“The art world of today is not evil, it is simply inadequate.

If the art of today is lacking, it’s not only the dealer’s and collector’s fault…it’s everyone’s. –Edward Winkleman

Art is and has always been only one thing: the representation of what people find important. In the distant past, Western art portrayed religion. The artist was a craftsman employed for this purpose. Some artists did their job so well that the work became important in itself, quite apart from the subject of the work.

This progression of artwork gaining importance in its own right (separate from the subject of the work) eventually led to the point where art itself became a form of religion — and of course, a worthy subject of art.

As in any religion where there are not rules against it, artists attempted to portray their new god. But what does the art god look like? Art is of course an abstract concept, not a god created in the image of man.

The portrait of art as a god is most explicit in so-called “abstract art” — an attempt to represent art itself. That is why the question, “is it art?” is so important and far more literal than we normally realize. The question “is it art?” is important when, if the answer is “no”, the work has no claim to value — like a mediocre portrait that is not even a good likeness of the subject. If Jackson Pollock’s work is not art, it is nothing but rubbish, little different from a house painter’s drop cloth.

The art world, if one can apply the term retroactively to the past, was once a world of idealism and wonder. Today, the art world today is a world of anomie. Anomie is, at the social level, instability resulting from a breakdown of standards and values. At the personal level, it is unrest, alienation, and uncertainty that comes from a lack of purpose or ideals.

Why should the art world be a world of anomie? The answer is simple: no one believes in the art world anymore, the religion of art has been discredited. Imagine Christian art made by people with no belief in Christianity. That is much like what our art world is today. Yes, there is money to pay the actors, there are the museums which are the temples, but the religion is dead.

The reaction of the different actors in the drama is of course different. The dealers and curators, priests of the dead religion, continue with their empty rituals and try to pretend that nothing is amiss. For the artist, the reaction is the retreat into private spirituality — the only escape from anomie. You can read the same statement again and again from artists: “I make my work for myself.” For whom else should the artist work?

As Ed says above, this is not the failure of one group of people. We can’t blame the dealers for our problems. We are facing a failure at a broad cultural level, a failure of the entire religion of art. I don’t mourn the loss — “art for the sake of art” was always an absurd notion. But until art is applied to another purpose than glorifying itself, artwork will be nothing more than the separate longings of isolated individuals.”

Another one to add to the feed aggregator, methinks.